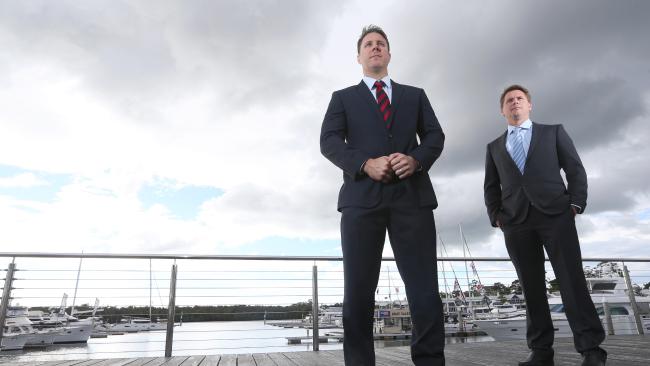 The 39-year-old started the firm in 2011 after 14 years in the military and five years in war-torn Iraq as a private security contractor.

The idea for Panoptic, which has a charge out rate of $1000 to $2000 a day, came after he spent some Iraq leave in South Africa with a team of paramedics.

“My plan was always to try and put those two services together — the medical and the security. They go so well together.

“When I tell people I’m in the medical security business, they do a double-take.”

On return to the Gold Coast from Iraq in 2009, Mr Claydon signed up for the Queensland Ambulance Service and trained as a paramedic.

“If something goes wrong, whether you’re injured or whatever, the first person people look to are the bodyguards,” he said.

“And while most bodyguards are trained in emergency medicine or first aid, they don’t generally have paramedic-level training.”

Mr Claydon will not disclose the identity of his high-profile clients but says he has looked after executives, television personalities, and Department of Defence staff.

A looming job includes protection for an American at the Olympic Games in Rio.

“We did a job on the Gold Coast for a retail manager who was extorted — he was kidnapped, tortured, and extorted.

“After that incident, he started receiving more threats and we put a protection detail on him.”

His firm takes on about six “big” jobs of three to four weeks each a year plus smaller ones.

Demand for the services had increased noticeably in the past six months which he believed was due to increasing fear of random terrorist threats.

“People are realising the world has changed, this kind of security is becoming more important.”

Mr Claydon said he was no Kevin Costner in reference to the famous movie The Bodyguard.

“We’re very low-key and discreet — we don’t walk around with earpieces in and dark sunglasses on.

Bodyguard, Paramedic or Both? Experience and Exposure in the Protection Det...