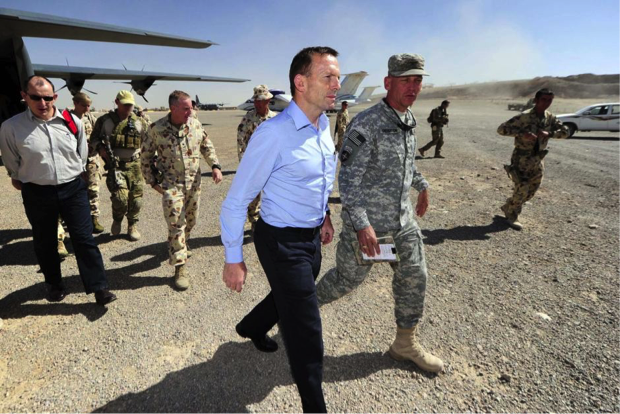 The assault on Tony Abbot from a campaigner brings our attention to the question of security for former PMs in Australia. Currently, they are not provided with permanent executive protection/close personal protection, or security details. At least in this incident, it is clear that Tony Abbot was under-protected.  The intoxicated assailant could easily have had and used a weapon.  Though not in the PM’s office, former PMs remain highly political symbols. This is likely true even if they are not involved in the public political discourse, unlike Tony Abbot.

While this incident underscores the reality of the risks former PMs face, it is somewhat unclear if they should be provided with tax-payer-funded, permanent security details. The Australian Prime Minister’s office tends to change frequently which would make a lifetime, publicly-funded security a significant financial burden and may also make it less necessary, assuming shorter-tenure equates to less post-office risk.[1]

In the United States, all former US presidents and First Ladies receive the lifetime protection of the Secret Service, though significantly scaled-down from time in office. One of the main justifications for this expenditure is under national security grounds. Due to their knowledge of national security secrets (without CIA training) and highly symbolic nature, their kidnapping by a foreign government or non-state actor would undoubtedly be national security catastrophe.  The same could be true for Australia’s former PMs, though the risk calculus may differ.

In Canada, security for former PMs equates to a drastic reduction in protective details, regardless of if they have a particularly public life.  This can be scaled up when there is a threat. When leaving office, the duty is transferred from the Prime Minister Protection Detail to the Royal Canadian Mounted Police Divisional VIP Protection.[2] The issue is somewhat complicated in Canada due to the failure of official security to fully protect former PM Jean Chrétien from threats on two separate occasions (including a protest pie thrown in his face).[3]

Within Australia, one of the main reasons permanent security for former PMs is not provided is due to a limited number of appropriately trained Close Personal Protection Federal Police and the large cost to the taxpayer of increasing this resource.

This may provide a role for private security contractors with specific military, law enforcement, or diplomatic security experience similar to those employed and contracted within Panoptic Solutions executive protection teams to take up the job.  The high cost of AFP personnel is likely due to their extremely high training requirements and the lack of private-sector competition to bring down the price of all associated costs.[4]

Similar to other countries, former PMs could be provided with a scaled-down security detail from a private security firm, both protecting them from threats like those faced by Tony Abbot, and likely costing a fraction of the tax-payer dollars of a permanent Close Protection AFP detail.

For further information about executive protection in Australia and Asia-Pacific, fill out the Panoptic Solutions contact form or email info@panopticsolutions.com