With over 17,000 islands and more than 270 million inhabitants, security in Indonesia varies from location to location. Given the size and diversity of the archipelago, it follows that not all areas have the same security risk profile.

But before we take a look at them in-depth, it is worth mentioning the major industrial sectors in the country, including:

Apart from that, the services sector in Indonesia’s economy accounts for 44 per cent of GDP. Thirdly, 2022 alone projects IDR150 trillion in foreign direct investments. Finally, all this means large international companies and UHNW families will continue investing in the country.

Hence, this article will explore how security in Indonesia requires a multifaceted, local approach to counter the actions of malefactors — but also acts of nature.

Due to its dense population, Java attracts most of the terrorist attacks that criminals commit in Indonesia. Moreover, as the centre for economic development and governance, Java appears alluring to those who wish to cause panic among the local population and the business community.

According to one study, five factors trigger terrorism in the country:

Because of the island’s vast size, criminal elements feel confident they can orchestrate attacks and hide in remote areas, rendering themselves virtually unreachable.

Additionally, another widespread security threat relates to natural disasters. In fact, the Indonesian National Disaster Mitigation Board reported that the country suffered 3,058 natural disasters in 2021 alone. Out of that number, as many as 1,559 struck Java island. From landslides to land fires and earthquakes, this part of the country is uniquely — but not exclusively — vulnerable to such emergencies.

Flash floods continue to plague some regions of Borneo, with businesses incapacitated and citizens displaced. In addition, heavy rain and landslides have become common over the last few years, significantly affecting security in Indonesia’s Central and West Kalimantan Provinces.

Equally important, it is not only rural sites that are impacted by numerous flooding events. As a matter of fact, floods have also happened 89 times in urban areas. Accordingly, the financial impact of floods in Borneo resulted in:

All these are essential points for internationals seeking to invest in Indonesia. In fact, such considerations typically inform their intent to conduct business in some areas rather than others.

The most prominent issue impacting security in Indonesia is the one still ongoing in the Central Sulawesi province. Known as the Eastern Indonesia Mujahideen (MIT) insurgency, a small group of criminals still endanger the safety of locals and foreigners travelling there.

In May 2021, the pro-Islamic State gang conducted attacks against police and civilians. But mostly, these raids happen in the Parigi Moutong, Sigi, and Poso regions.

Consequently, Indonesia’s security forces have minimized the risk. Yet, the local conflict between Muslims and Christians that initially spawned the insurgency still keeps the MIT ideology alive. Nevertheless, the country’s authorities and analysts are confident that the recently killed leader of the terror group had no “apparent successor.”

As for other pressing security issues, the 8 June clashes in South Sulawesi’s province may be cause for widespread protests. In fact, the Indonesian Muslim Brigade confronted student activists participating in a planned street march. As a result, many connoisseurs expect this to provoke more altercations soon. 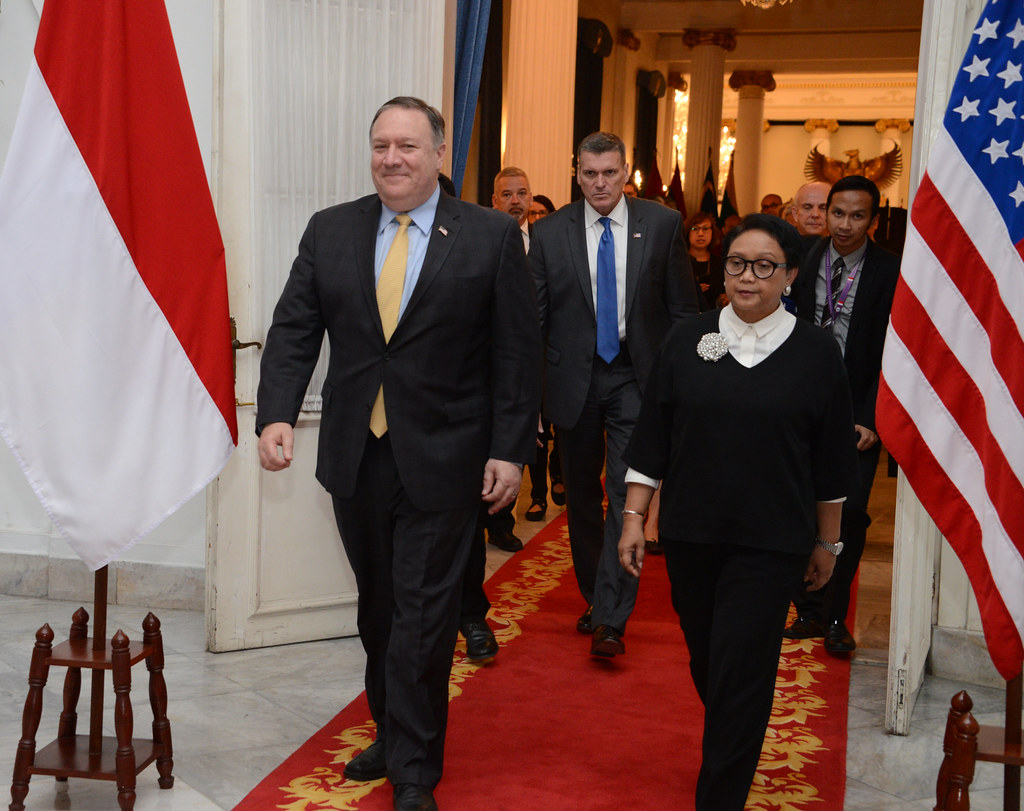 The dispute in this region is among the more serious armed conflicts that affect security in Indonesia. As part of what experts sometimes call a “low-intensity guerilla war,” Papuan separatists organize ceremonies and protests, raising their flags for independence and calling for a federation with Papua New Guinea, Indonesia’s neighbour.

The most recent in a series of attacks comprise:

With the potential for escalation, the said conflict remains only one in a string of security issues in New Guinea. Firstly, many experts believe the Indonesian security apparatus could increase violent reprisals as retribution. In fact, this has happened following major Papuan separatist attacks in the past. Contrarily, some experts believe the West Papua National Liberation Army has “become increasingly violent, daring, and militarily organized.”

Furthermore, the said military arm of the Free Papua Movement now controls some areas in the Central Highlands of Papua, such as:

Therefore, it is advisable to avoid these areas or practice great caution while transiting through them.

Other Common Concerns: Security in Indonesia

Although each area suffers distinct prevailing concerns, they also have much in common. Thus, security in Indonesia is a matter that requires intense vigilance coupled with the support of local teams.

Some international driving permits may need to be endorsed by the Indonesian licencing office in Jakarta. Hence, we recommend checking with insurance companies before travel.

Traffic discipline is highly problematic. In fact, both minor and major traffic accidents or violations may make foreigners vulnerable to exploitation by state or local authorities. Therefore, consider hiring local support and security drivers to avoid such issues.

There are significant levels of corruption, interfering with public laws and policies. Be aware of not being caught up in corruption when conducting business in Indonesia. Many businesses wish to operate within the law and above board so it is best to identify these businesses and work with them.

As with many other countries, street crime and pick-pocketing can occur in busy tourist areas. Accordingly, we advise taking care of passports and bank cards and being warry about credit card fraud.

A lack of awareness of local customs, traditions, laws, and religions can lead to significant offences. Similarly, we recommend wearing appropriate clothing while visiting religious sites and areas — especially during religious holidays. In addition, it would be wise not to get involved with illegal drugs because possession is a serious crime, sometimes punishable by death.

The province of Aceh enforces Sharia Law. This means that all citizens and visitors, Muslims and non-Muslims, must adhere to strict rules pertaining to gambling, extra-marital sex, and the consumption, production, and distribution of alcohol.

Finally, we recommend hiring local teams familiar with the situation on the ground to bypass emergencies.

Bodyguard in Indonesia – Do You Need One?
Scroll to top