Modern society seems to be taking critical infrastructure as a given. From tunnels, utilities, highways to connecting bridges, railways, and dams. All these facilitate the access of populations to clean water, electricity, transportation, and commerce. So, what is infrastructure security? It constitutes one of the central concerns of governmental policy worldwide, with private sector companies increasingly making an impact in its scope.

Due to an uptick in malicious actors’ attempts to infiltrate critical systems, what is infrastructure security has become a question that many are entering in search engines. Although most attacks on critical infrastructure occur virtually, some malefactors remain persistent in achieving their criminal goals by physically inflicting damage.

Currently underway in the Australian Parliament, the Critical Infrastructure Bill focuses on elevating the resilience and security of the country’s vital infrastructure. Legislators expect it to address natural hazards (weather events) and human-induced threats (interference, espionage, cyber-attacks, and trusted insiders).

Many analysts argue it is an indispensable topic only beginning to make headlines in Australia and the world.

Thus, this article will dissect what is infrastructure security and its risks and advantages in the 21st century.

As a rule of thumb, the constant presence of security guards on-site comprises the best course of action for preserving vital assets. In fact, their regular proximity to the infrastructure in question serves as a deterrent to potential attackers and intruders.

Similarly, mobile patrols and alarm response systems are more effective in taking care of security when it comes to large structures. Productivity levels of critical infrastructure tend to improve when the proper security solutions are in place, as workers and staff are not afraid for their safety.

Some of the other responsibilities of a mobile patrol entail:

Finally, establishing and meeting the expectations of critical infrastructure managers often proves essential. For instance, they may need the security guard and mobile patrol to do one or more of several things. These include acting as a deterrent, being noticeable, and arriving at a set time to lock up buildings or inspect equipment. Here is where the question of what is infrastructure security becomes particularly tangible.

In addition, critical infrastructure managers may need to explain to their security officers why they want them to be present at specific time points and facilities. For the security team to perform its duties accurately, communication barriers must be removed. 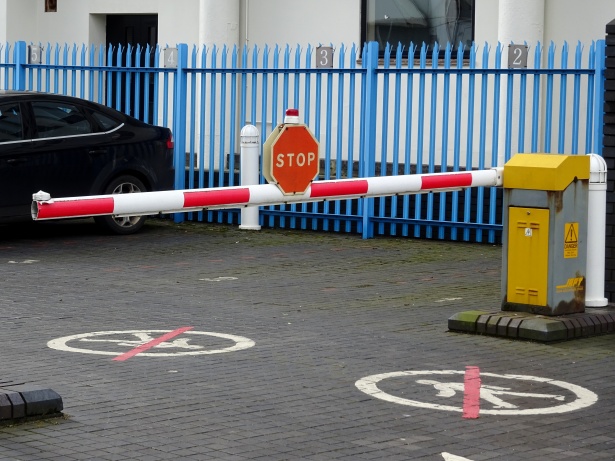 Access control is one of the main obstacles against outsiders (or trusted insiders) intending to harm a critical infrastructure facility. In short, it is a security term that refers to the tactics and equipment that companies use to limit and monitor access to and within their premises.

Experts usually recommend placing CCTV cameras at the stairwells, main doors, and elevators. Although this practice is particularly beneficial, another high-grade action to ensure the safety of critical infrastructure is to introduce electronically controlled locks on doors. In fact, it would be most desirable for visitors or workers to speak with a security guard before gaining entrance. That way, maximum control is ensured over who enters and exits the premises.

Most critical infrastructure facilities use either CCTV cameras or security guards. Alternatively, to reach the highest attainable level of protection, we recommend engaging both access control methods.

Finally, security experts often argue that the primary role of protection agents in access control is to:

However, some critical infrastructure facilities have little to no security awareness. In that case, the protection staff should focus mainly on the object of potential threats. Even though it is difficult to assess which assets or facilities are most vulnerable, a risk assessment serves to clarify any uncertainties.

According to safety expert Snorre Sklet, a barrier system aims to perform multiple-barrier functions. For instance, a fire extinguisher comprises a barrier system that helps implement a mitigation function. It can stop or limit the spread of fire. In the language of infrastructure security, this type of practice can restrict or entirely halt an activity intended to wreck critical infrastructure.

Moreover, we may divide the barrier system into active and passive. The first concerns itself with access control points where security officers check vehicles or individuals for credentials. The latter can be a fence or dyke surrounding the facilities. Both should be in place to maximise safety and security ― and this is what experts call a multiple-barrier system.

Some companies believe that simply placing walls or barricades will suffice to deter potential intruders. However, dozens of breaches attest to the fallibility of this belief.

As many as 67% of companies with critical infrastructure suffered at least one attack in the last 12 months. The advent of cyberattacks has only exacerbated the overall stability of facilities that provide clean water, electricity, transportation and other modern age necessities.

Whenever a physical or cyber attack occurs, the general productivity and operability of critical infrastructure facilities drop notably. For instance, a mere temporary discontinuity in clean water systems functioning could produce a debilitating impact on the affected population. Sometimes, it takes a company with critical infrastructure days or weeks to fully recover from this type of attack.

In this article, we hope to have described what is infrastructure security and how it benefits numerous critical systems.

For all the reasons described above, this topic has been gaining traction in most societies and is set to make headlines in the foreseeable future.